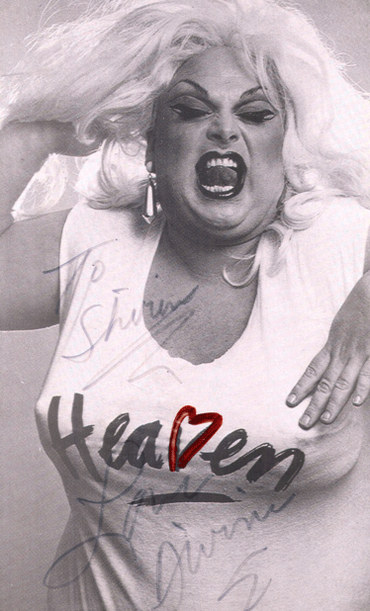 The long shadow of death, borrowed respectfully from here.

The only person more surprised than I was by Divine's death was probably Divine himself. The most

shocking thing to me was that it happened and days went by without my knowing about it. It was before I owned a computer, before I spent most of my waking hours on the ’Net, while I was working and studying at The University Of Chicago, the white capital of black Hyde Park. The racial imbalance was particularly odd considering I had a Divine poster on my wall from a controversial South African gig he'd done—I never realized that till way later, but I felt guilty in retrospect (the best kind of guilt because it's over quicker). 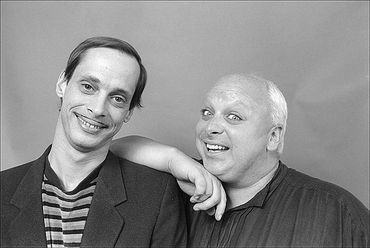 They scared me to death, I loved them to death.

I'd gotten into Divine out of nowhere. Late in high school, I rented the scandalous VHS videos of Pink Flamingos and Polyester and Female Trouble and watched, rapt, alone, as crazy people did crazy things on camera with no regard for how their peers would react or how future employers might judge this behavior. I didn't exactly think the funny parts were all that funny and the chicken sex made me pity the fowl, but I found them fascinating and important, enough so that when I discovered Divine albums available as imports at a dinky record store in Flint, Michigan, I bought them. I think I liked Divine's Warholian anti-music even more than his Warholian anti-movies, in which he nonetheless gave legitimate performances. 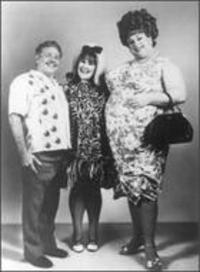 By the time Hairspray was coming out, I was not as into Divine as I was into Madonna, but he was a fave. I could be wrong, but I believe I saw Hairspray with my friend and co-worker Sandra before he died. All I know is that I came in to work one day (I think it must've been a Monday?) and Sandra said, "Sorry about your friend, Divine." I had no idea. I was shocked that Divine died, and that I was so uncharacteristically disconnected I hadn't heard about it for days. I felt like a settler being told by a breathless rider that Lincoln had been shot two weeks earlier.

I think Divine had just been on the cover of Interview, which I morbidly saved. Actually, isn't all celebrity collecting morbid? Even if the star is alive, you're acting as if they've passed. Speaking of morbid hording, I went back to my dorm and dug through newspapers in the recycling room to find Divine's tiny obituary, which used his birth name and a crappy movie still. Jan Clayton had gotten more of the star treatment years earlier, and who the hell had she been? 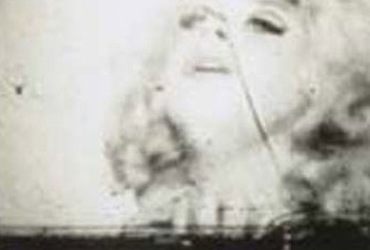 At this time, I used to read the freebie gay papers in Chicago, and was hooked on Rex Wockner's compulsively readable round-ups of gay-related news. They were very much like what Andy Towle's Towleroad is today. Eerily, Rex seems to look the same as he did 15+ years ago (see side by side comparison), and has posted this cool Q&A with Divine, which I found via Joe.My.God. It might be Divine's last-ever interview. It's so timely, especially this passage: 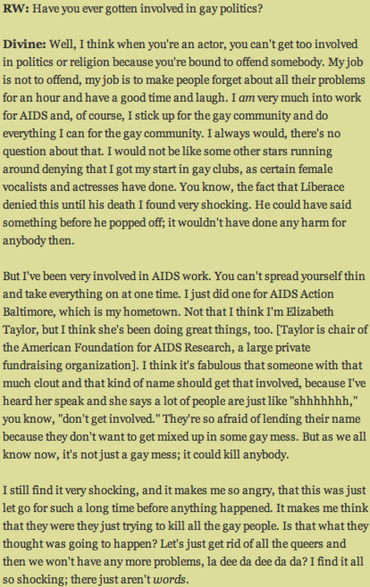 But besides that potshot, look how Divine recognized his role was to entertain, and yet cringed at the idea of denying who he was. Today's scaredy-cat gay celebs could learn a lot from Divine. It's ironic, but the big sissy had more balls than almost any gay figures I can think of today and I'd gladly swap a Jodie Foster or an Anderson Cooper or that ass who's taking over Divine's most famous role to have Divine back, enjoying his success and existing as an example of just how satisfying being fearlessly out can be.

"You think you're a man, but you're only a boy," Divine would tell them (including Jodie).