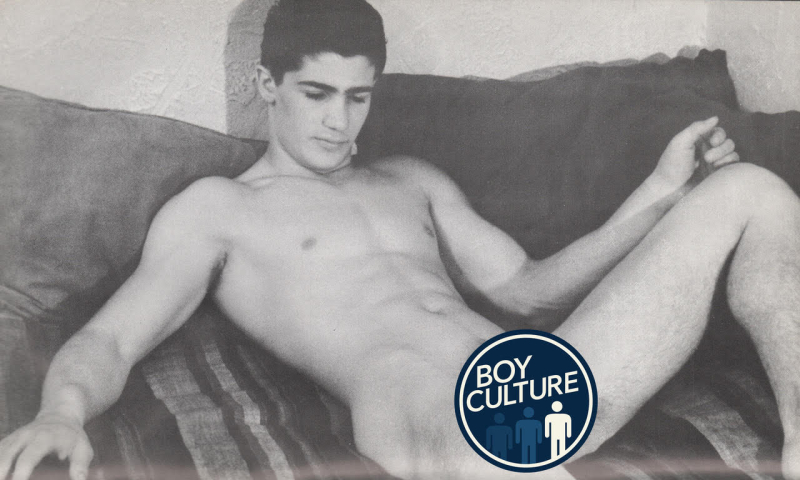 Happy 16th anniversary this week to BoyCulture.com, the little blog that could, did, and probably shouldn't anymore — but is.

Thanks for coming back to read what I post, and thanks to those of you who share my posts. 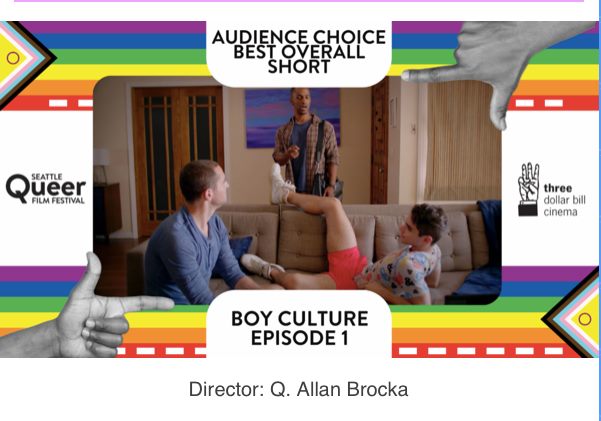 A little good news on a sad day — my poor dog had what appears to be a stroke. His prognosis, so far, is decent; his vet hopes he returns to normal or semi-normal in a week or two. But it was horrible to witness, and at 3:35 a.m., so disorienting.

But Boy Culture: The Series (Episode 1) was awarded Audience Choice: Best Overall Short at the Seattle Queer Film Festival. The ray of light is so appreciated! 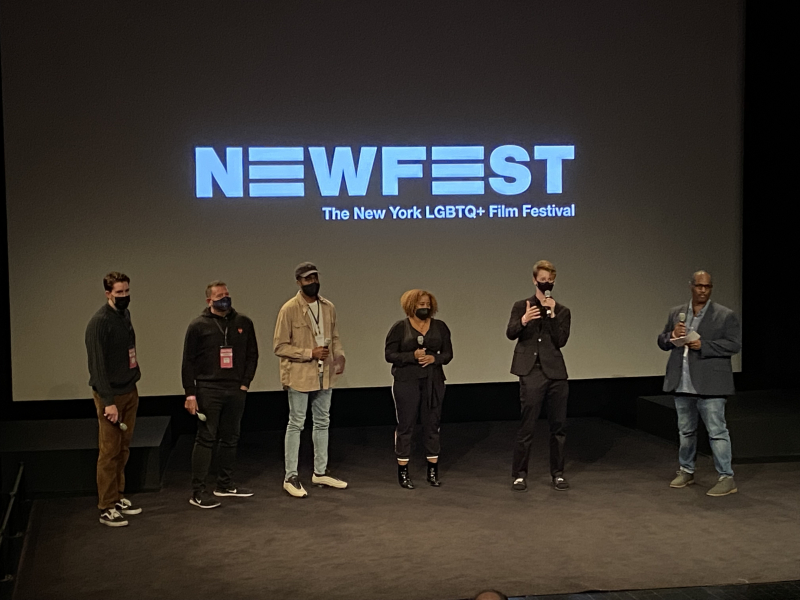 Sunday afternoon, I returned to NewFest as a filmmaker for the first time since June 2006 — here is my very early post from that visit.

This time around, I was honored to be part of a Q&A after the NewFest Episodic Showcase, which featured episodes from Boy Culture: The Series as well as Hetero (co-director/DP/editor Bentley Eldridge 2nd from right), Querencia, Bridesman (creator/writer John Onieal far left, me next to him), The Ex Cycle (director David Cork, third from left), Your Eyes, Ms./Manage (director Caralene Robinson third from right). 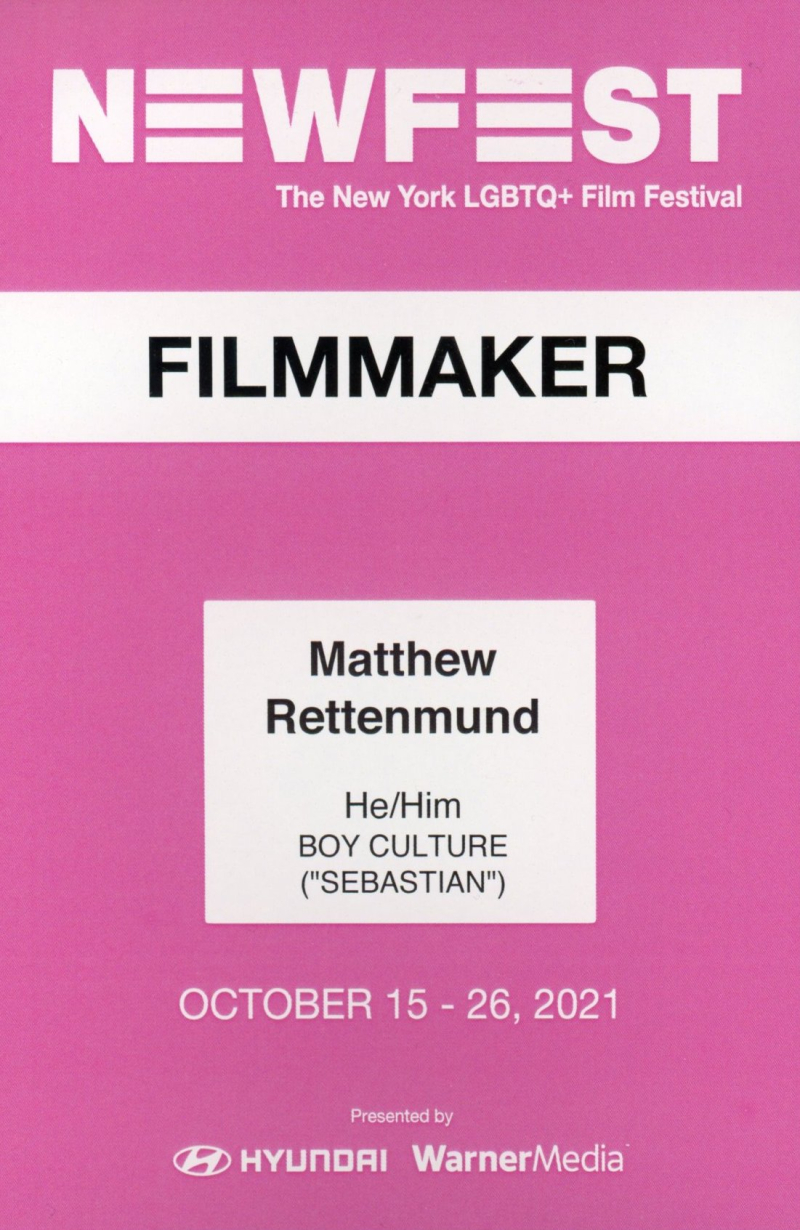 Been 15 years since my last NewFest as a filmmaker! (Image via NewFest)

Special thanks to Alamin Yohannes for moderating the Q&A!

The series were spectacular. Hetero — about a school's bratty Breakfast Club of a gay-straight alliance that must add straights or be disbanded — was put together by actual teenagers; Bentley graciously praised all of us as real professionals, but watching his creation, I'd say he's one of us.

Querencia tells the story of a Native American woman who breaks up with her high school sweetheart to make a life for her own, and a young singer who may become her soulmate. It had such a nice shot of the women at the end that really set things up for the rest of the series.

Bridesman, funded by Grindr, was hilarious, reminiscent of The Other Two. Jimmy Fowlie is the lead, with Sydnee Washington (LOVED her) as his bestie who is getting hitched. Fowlie's character's plan is to steal his friend's fiancé in order to save her from heteronormative vows, but one person stands in his way — an evil gal-pal played perfectly by Shannon Devido. Very over-the-top and fun, and I had a great chat with Onieal afterward.

The Ex Cycle follows two men who were once in a relationship and are now coming off an impulsive one-night stand. It skillfully weaves into its narrative the undercovered issue of addiction in the LGBTQ community, and has lovely, understated performances.

Your Eyes, about two women in love, accomplished most of its goals without dialogue, feeling very impressionistic and ending with a twist.

Finally, I think Ms./Manage was my fave. From a more mature perspective, it's about a queer woman (splended Skye Johnson) climbing the corporate ladder while Black as she also navigates becoming a mom with her partner. It employs direct-to-camera asides from the lead character and has a gravitas that made it easy to envision as a regular series on a streamer or even a network.

NewFest was probably the last fest I'll be attending with Boy Culture: The Series. Next up: DESPERATELY SEEKING STREAMERS. 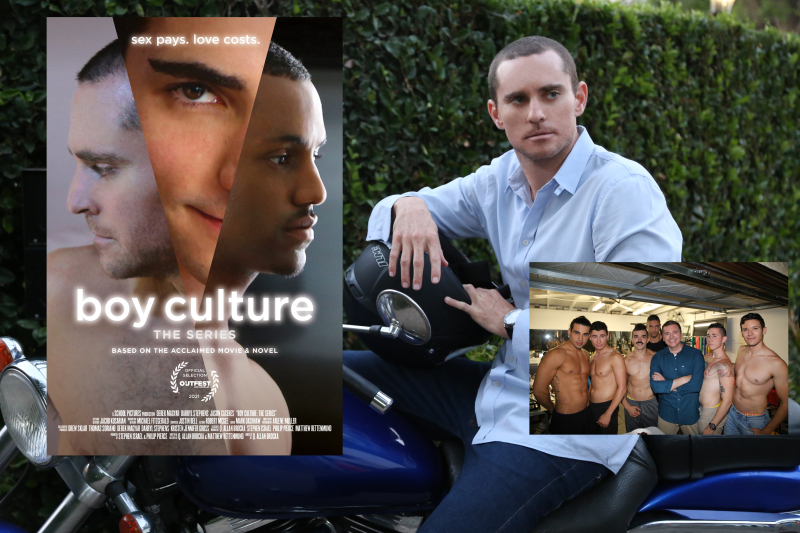 Our poster, our star Derek Magyar James Deaning it up on a motorcycle and me with some of the guys who show up in the premier episode (Images by Matthew Rettenmund)

NEW YORK FRIENDS:
I'll be at the Q&A for NewFest's Episodic screening on October 24 at 4 p.m. You'll see Episode 1 of Boy Culture: The Series plus single episodes of several other queer works, too. COME SAY HI!
GET TICKETS!

Also, voting for Boy Culture Episode 1 & 2 among the fare at the Seattle Queer Film festival under SHORTS is very helpful! 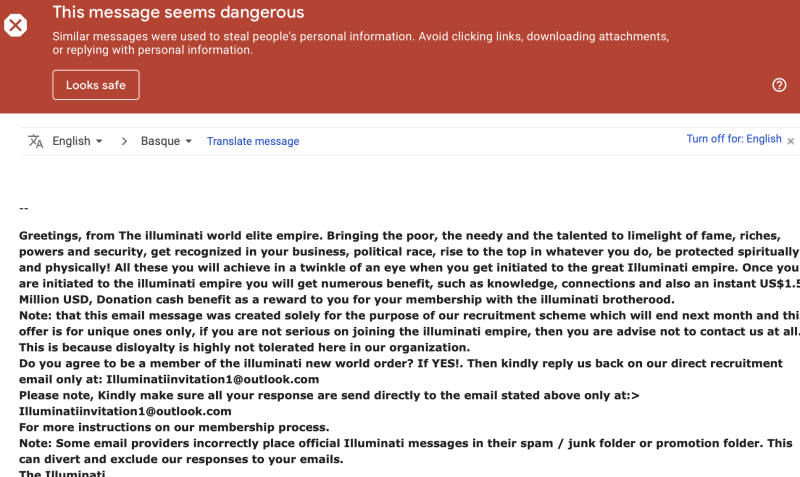 I feel so special! (Image via my spam folder)

ABOVE: Guys, I'm out of here — I have been chosen.

BELOW: Keep reading for a fascinating story about gay publishing, why Tucker Carlson should quit Fox News, RIP Cynthia Harris and more ...

ABOVE: I secreted a picture of Sting in his Dune scanties under my bed as a teen.

BELOW: Keep reading for a hot calendar, COVID kills 700,000, secession talk heats up and more ... 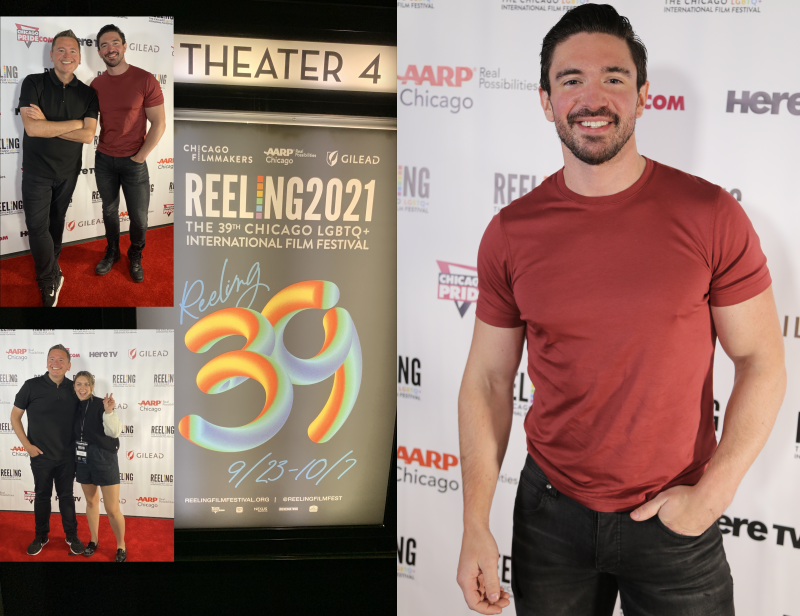 I was off for a few days in Chicago to visit family and to attend the Reeling Film Festival screening of Boy Culture: The Series.

The screening was a special one, in that Reeling — which premiered Boy Culture: The Movie 15 years ago — chose to show all six of our episodes, which not every fest is doing.

The screening was personally special for me because I was meeting up with one of my college roommates and a great friend from my University of Chicago days, Zafar. Zafar not only jumped at the chance of coming out to support my series, he brought four others, all decked out and red-carpet ready. It was so nice to have a built-in cheering section, which also included my sister ... who liked the series so much she cried at one point!